I can still clearly recall when wind energy first started to compete seriously for the UK’s energy supply. The nation’s use of wind energy peaked at an all-time high of 9.3% on November 6, 2012, in the middle of the day. For those between those poles, it was astonishing. The expert wouldn’t have noticed, and the casual spectator wouldn’t have been startled. At the time, people thought of wind farms as a young, speculative technology that required constant subsidies, special pleading, and intervention.

It is still unclear how renewable energy sources came to have a reputation for being inadequate despite good intentions; it can’t all be attributed to lobbying by the fossil fuel sector. At times, it seems as though we simply don’t want good news.

Over the course of two days last week, wind energy supplied more than half of all the electricity used in the UK. Over 50% of the nation’s energy consumption during the five months of last year came from low-carbon electrical sources (solar, wind, hydrogen, and nuclear). Unbelievably, the National Grid pays renewable suppliers when they are producing too much power for the grid to handle, which costs hundreds of millions to billions of dollars annually.

One victory in green energy follows another, but if you looked at our bills or our short- and medium-term policy framework, you wouldn’t know it. The most expensive energy unit pricing can be found in the UK. Without the involvement of the government price cap, businesses would already be bankrupt, schools would likely be closed, and people would be shivering in their homes. Although the logic behind Jeremy Hunt’s promise to remove the price restriction by next April is clear—holding prices artificially low would not be “responsible”—the pledge seems far-fetched. However, there is no plausible scenario in which the typical home could withstand the “infinite volatility in worldwide gas prices” he is referring to.

In the meanwhile, analysis by the innovation foundation, Nesta has revealed that if we reach the government’s energy security strategy’s 50 GW by 2030 objective for offshore wind, that alone will produce nearly twice as much electricity as we need, even before accounting for onshore and solar. There is a genuine possibility of having access to inexpensive, infinite energy on occasion, with nuclear power serving as a perfect backup on windless days. 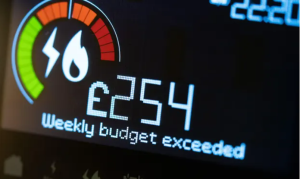 The only obstacles to this promising future are interconnection, grid capacity, and storage. In addition to the practical interchange between the United States and mainland Europe and the island of Ireland, there is an urgent need for research and investment into methods of storing renewable energy. Even without taking into account the advancement in hydrogen, which is anticipated to provide 10GW by 2030, the idea of the continent’s meteorological conditions being combined in the future is no longer unthinkable. Insiders in the green energy industry compare it to the search for vaccines: when given a decade, these things take a decade. Greater urgency sharpens the senses and can cut the length of even the most difficult discovery processes in half.

This abundance has far-reaching effects. Every industry and every goal are altered by the prospect of entering the 2030s with net zero assurance. Then there are the immediate, tangible effects, such as households and businesses that can pay their bills and geopolitics that is no longer controlled by autocrats that are rich in oil and gas.

For All Your Marketing Needs, 65 Halloween Greetings & Sayings

So the question is, why, when we’re on the verge of a brand-new future, have we allowed a sense of misery and dread to characterize our energy debate? Part of our problems stems from a loss of faith in authorities and the government. It’s very difficult to see an administration whose top priority is putting a stop to wokeness in higher education making sensible, long-term judgments. Rishi Sunak may find the idea of endless cheap energy even more than awakened.

The fact that the developments in renewable energy aren’t reflected in our energy prices, which are determined by the price of gas, is a more direct cause of our ills. According to a UCL report, fossil fuels set the price of electricity most of the time, at levels that are currently much higher than the green sources, which account for at least half of the load. This means that renewable energy sources can become ever cheaper and more efficient without an impact on our bills. Clean electricity and fossil power markets need to be separated.

Finally, there is a rumbling of despondency that high energy prices will persist even after inflation has declined and the crisis in Ukraine is over. Oil and gas firms forecast high, if less unpredictable, prices for all time while lamenting the windfall taxes and green investments needed of them. The head of Norway’s state-owned oil company, Equinor, Anders Opedal, stated this week that “we need to regard energy as something that is not abundant.”

The cynicism is shocking: the fossil fuel sector blames its issues on green investments, which are really the only thing that can save humanity. Additionally, they are repeated by Conservative politicians and commentators because of a combination of lobbying and a lack of creativity that would be uninteresting to dissect. If we don’t regard the vested interests who oppose it with the skepticism they merit, we won’t be able to fully comprehend the scope and abundance of the green revolution, which we must do if we want to bring it about.