Experts have cautioned that the Kenyan government’s effort to exterminate up to 6 million red-billed quelea birds that have infested farms would have unforeseen implications for raptors and other wild species.

Due to the ongoing drought in the Horn of Africa, queleas’ primary food source—native grass seeds—has decreased. As a result, the birds are progressively pecking into grain fields, endangering 2,000 acres (800 hectares) of rice. The birds have devastated almost 300 acres of rice farms.

The Food and Agricultural Organization estimates that a single quelea can consume up to 10 grams of grain per day (FAO). Nearly 60 tonnes of grain could be lost to birds by farmers in western Kenya. The FAO anticipated crop losses caused by birds in 2021 will total $50 million (£40 million) per year.

The preferred strategy for eradicating pests in Africa has been to spray fenthion, an organophosphate insecticide, however, the chemical has been labeled “toxic to people and to other non-target animals” by researchers. 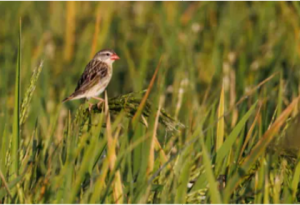 The researchers came to the conclusion that “Fenthion can thus indiscriminately harm or kill, with attendant deleterious effects on non-target animals.”

The method used to control quelea should be well-informed, according to Paul Gacheru, species and sites manager at Nature Kenya, a local affiliate of BirdLife International, because “widespread use of non-target species avicides can result in environmental contamination and mass deaths of other birds and animals.”

The danger of poison-related wildlife deaths, especially among scavenging animals, is often increased by inadequate post-spraying site management, he said, which highlights the need to improve quelea control education and awareness.

Ornithologists estimate that there are 1.5 billion breeding birds in Africa, but neither enough raptors nor environmentally friendly alternatives are available to eradicate enormous quelea colonies.

The culture of prioritizing human food security over all else, according to Simon Thomsett, a director at the Kenya Bird of Prey Trust, would be strengthened “due to what we now perceive to be a probability, owing to climate change, as open grasslands that were quelea feeding grounds quickly turn into farmlands.”

Thomsett continued, “Yet some of the birds are there to feed on insects that feed on their wheat,” adding that farmers in Kenya’s wheat-growing regions have sprayed any species of birds judged to be a threat to fields.

He is especially concerned about the pesticide’s potential impact on the few raptors that are still around. “Those on the side of the fence concerned with raptor conservation are extremely alarmed by the spraying. All raptors [in Kenya] are currently in danger. How successful has spraying been over the past 60 to 70 years, in any case?

The Rotterdam treaty, whose objectives include lowering risks from hazardous chemicals in agriculture, is jointly administered by the FAO and the United Nations Environment Programme. Fenthion has been considered for inclusion in Annex III of the treaty, a list of industrial chemicals and pesticides that are prohibited or severely restricted due to their adverse effects on the environment or human health. 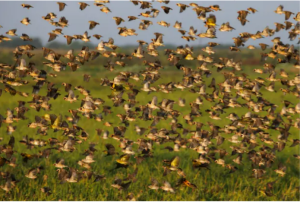 Alternatives to the usage of the chemical, such as a forecast and control planning strategy, were suggested in a study written by Robert A. Cheke from the University of Greenwich and used as a working document in a 2017 FAO workshop in Sudan.

“If control operations’ effectiveness could be increased, less fenthion would need to be employed. According to the paper, one option to increase the effectiveness of management strategies is to use satellite imagery to find ideal quelea nesting places or to predict where the birds will likely breed.

For All Your Marketing Needs, 65 Halloween Greetings & Sayings

Many African nations commonly experience Quelea invasions. Following the invasion of 21 million quelea in rice, sorghum, millet, and wheat fields, the FAO provided $500,000 to the Tanzanian government six months ago to help with pesticide spraying, surveillance, and capacity-building.

‘Tax us now,’ the ultra-wealthy demand of governments