Last Friday, an 82-year-old woman dressed warmly and traveled 200 miles round trip to a meeting that she had a sneaking suspicion she wouldn’t even be allowed to attend. The video of her speech from that evening has already received more than five million views as you read this. This is strange because there isn’t much to look at—just a blurry side shot of a woman with white hair and close-ups of her grey cardigan. This is not Bridgerton.

However, it’s the words that matter. It’s Joan Salter’s turn to pose a question now that she has traveled to Hampshire for a public meeting with the home secretary. As a young Holocaust survivor, It serves as a reminder of how the Nazis justified killing Jews like her when she hears Suella Braverman insult and dehumanizes migrants. Why then does it?

Braverman’s face goes rigid as the words are spoken. Salter tells me later that the evening has so far been a “love-in” for Tory activists, which has made her uncomfortable about being the only dissenter. The home secretary then says, “I won’t apologize for the language I’ve used,” which reveals a startling fact about what Britain has evolved into. 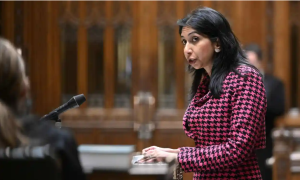 Those seeking refuge in Britain are referred to as an “invasion” by Braverman. That word, invasion, is strong. It dehumanizes people by making them appear to be an enemy force intended to raid our borders. Robert Jenrick, her junior minister, has appeared in films virtually licking his jowls over “the Albanians” coerced onto an aircraft to Tirana while pleading with colleagues not to “demonize” refugees. Salter is correct to suggest that these behaviors from the top encourage and authorize extremists on the ground. We saw it in Huntingdon after the divisive Brexit campaign when Polish-origin students were dubbed “vermin” on cards placed outside their school gates as the number of racial and religious hate crimes rose that summer.

The air is deadly once more today. Before posting their recordings on social media, far-right extremists have been terrorizing people within asylum-seeker housing, many of whom have left terror to get here. A petrol bomb was thrown at an asylum center in Dover by a guy with ties to far-right organizations who would post that “all Muslims are guilty of grooming… they only rape non-Muslims,” according to anti-fascist campaigners Hope Not to Hate, which tracked 182 such outings last year alone.

In contrast to those large men in their big boots who terrorize innocent bystanders, Salter isn’t for social media influence. The grandma wishes to caution us not to go back to the circumstances that forced her to escape across Europe with her parents in search of safety when she was just three years old. She does err when she associates the home secretary with the word “swarms.” As far as I can tell, this representative of the new Tory fanaticism has not yet spoken that abhorrent phrase. However, I can think of a Conservative prime minister who has used that phrase: David Cameron, the Old Etonian who is never afraid to blast the dog whistle and who gave a speech criticizing multiculturalism even as Tommy Robinson’s forces advanced on Luton. And Margaret Thatcher mentioned how immigrants had “quite overrun” the British. The Conservative Party’s long-standing addiction to racist politics can be seen in the legendary names from the party’s past.

Commentators frequently place racism behind some sort of behavioral cordon since it is not something that nice people do, yet Tories continue to practice it. You’ll be informed that it’s a few bad apples once a council member dons black clothing or complains about the new Doctor Who. Or, they must counteract Nigel Farage’s influence. Or even Boris Johnson says it, but he “scarcely believes a syllable,” according to a 2019 Times commentator. Such foresight! The problem with power is that others follow behind you with a dustpan and brush to clean up the mess you keep creating. 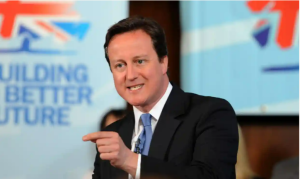 When Benjamin Disraeli said that the Irish “hate our order, our civilization, our ambitious industry, and our pure faith,” Ukip did not exist. These untamed, careless, slothful, unsure, and superstitious species have no understanding of the English character. No, Winston Churchill, the Tory hero who said, “I loathe Indians,” as prime minister, was the rotten apple. They are a vicious race with a vicious faith. They caused the famine themselves by reproducing like rabbits. It is generally agreed that the Bengal famine of 1943 resulted in the deaths of around 2 million people.

These quotations come from a new book by sociologist Mike Cole titled Racism in the Tory Party. He contends that racism “has penetrated the party from the beginning of the 19th century to the second decade of the 21st,” and is far from a simple lapse in judgment. It runs through Tory history, from Enoch Powell’s “rivers of blood” to Theresa May’s toxic environment. And it goes beyond words. The government plans to make illegal this week any online footage of individuals in tiny boats that portrays such Channel crossings in a “positive light” as part of its online safety bill. Braverman continues to push on with her scheme to send asylum seekers to Rwanda. to lodge in hostels with 100 residents sharing 12 restrooms and 5 showers.

The Value of Core Strength for Fitness as a Whole

Racism is a fire that the Tories really adore playing with. Its heat might be advantageous electorally. However, someone else always suffers the consequences. The targets change—the Irish were the target two centuries ago, and Albanians are the goal today—but the tactic remains the same: choose the group, dehumanize them, and then throw them out. The puzzle is how a party with such a troubled past can still receive praise from the media for including a few non-white members on its front bench. 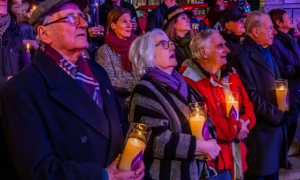 The person who is Joan Salter now was Fanny Zimetbaum when she was three years old in 1943. Her family was denied asylum in Britain when the Nazis invaded France because they were Jews of Polish descent. Instead, Joan was transported across the Atlantic to an orphanage in America while her parents scurried around Europe. The family wasn’t reunited in London until several years later and after considerable haggling. She describes her parents at that point as being “completely devastated.”

Salter browsed the archives while pursuing a master’s degree in her 70s. She cited a 1943 parliamentary discussion on the subject of 2,000 Jewish youngsters in France who were denied British visas and ultimately sent to Hitler’s Germany. She had read Anthony Eden’s statement that he had “no awareness” of the situation. He was present at the war cabinet meeting where the matter was discussed, according to the minutes and memos she read later to show he was lying. Still, the kids were left on their own, just as her family had been.

This exceptional woman is aware from her personal experience that racism and fascism are never only social faux pas. They are malevolent forces that prowl the political fringe and pose a serious threat to the fabric of our civilization. Joan Salter is here to warn. Everyone else should pay attention.