The Break Free From Plastic Pollution Act: What Is It?

Every ecosystem on Earth has been impacted by plastic, from the Great Pacific Garbage Patch in the ocean, which is the size of Texas, to the food we eat. Did you realize that we consume nearly as much microplastics each week as a credit card? Although useful, plastic is not sustainable, so action must be taken to clean up the mess and preserve the viability of Earth for future generations. Congress passing the Break Free From Plastic Pollution Act would be a huge step in the right direction.
What Would This Act Achieve?
The initiative, sponsored by Oregon senator Jeff Merkley and California congressman Alan Lowenthal, would make significant strides toward reducing our reliance on plastic and cleaning up the plastic waste that has suffused our environment. The fact that it is less expensive to produce new plastic than it is to recycle old plastic is one of the most challenging aspects of limiting plastic production. The act aims to approach this enormous task in many ways. 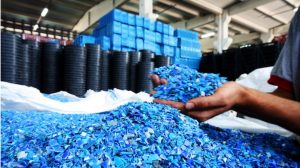 Demand True Recycling
Recycling already-made plastic is one of the best strategies to lessen pollution from plastic. Currently, the majority of plastic is wasted, giving us a dismal recycling rate. The legislation would mandate the real recycling of plastic waste and shift financial responsibility for doing so from local governments to the businesses that make the plastic. By placing the responsibility on plastic manufacturers, it might help relieve taxpayer burden and inspire businesses to develop fresh, inventive methods of effectively recycling.
Reduce Individual-Use Plastics

Single-use plastics, such as those seen in packaging and disposable utensils, are the epitome of waste. Efforts have been made to minimize the usage of plastic straws, but the effects have been modest and have largely been concentrated on a single, little area of the industry. The law would target single-use plastics because they make up a sizable amount of all plastic garbage.
The oil and plastics companies have continued to claim there is no problem or that they have the best interests of Earth in mind when, in reality, they do not by using smoke and mirrors. This was demonstrated when it was discovered that Exxon and Shell had orchestrated a coordinated strategy to mislead the public about the threat of climate change even though they were aware of its disastrous implications in the 1980s. Given the close relationship between the plastics and oil industries, it is crucial to keep this in mind. If these industries were more transparent, they would find it harder to take the reins of another campaign like this one. 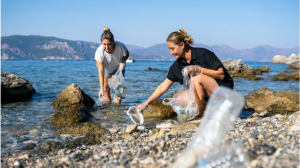 Pollution reduction and environmental justice promotion
Low-income and minority communities are disproportionately impacted by the production of plastic because they frequently have little option but to reside close to the chemical factories that are used to make virgin plastic. The property is frequently more affordable and the location of affordable rental dwellings due to the high amount of air pollution released. Justice might start to be done for those who have suffered the most as a result of the bad aspects of the industry by requiring these facilities to minimize the amount of pollution they produce and by making it easier for people to migrate away from dangerous regions.
Limit toxins
It is becoming increasingly clear how much microplastic has gotten into our ecology. They have been discovered in our food, in the ice of Antarctica, and mixed with phytoplankton in the sea. The impacts of these chemicals will cascade up the food chain if baseline habitats continue to be destroyed. These toxins enter our bodies when we eat animals or plants that contain them. Because of this, microplastics have even been discovered in pregnant women’s placentas. These pollutants have terrible side consequences on our body, such as cancer and birth problems.
How Can We Help?
You can take a few activities as a citizen to demonstrate your support for the measures in this bill. Contacting your Representative or Senator to urge them to support the bill’s passage is one of the finest methods to have your opinion heard. Here are links to contact details for your state’s senators and your district’s representative.

You can also make an effort to lessen plastic pollution inside your own home. Reducing, reusing, and recycling are effective, despite the fact that they sometimes seem corny. Recycling is not always the best solution to get rid of plastic waste, as was shown above, therefore you should try to use fewer single-use plastics every day and reuse plastic containers wherever you can. Old ice cream gallons can be repurposed for many kinds of storage needs, and soda bottles can be used as planters. The bill also encourages establishments to accept and use customers’ own reusable containers, such as coffee mugs, when ordering coffee. Bringing your own bags to the store will help reduce the amount of plastic bags used and keep them from eventually ending up in the trash or as litter.

It will take a lot of effort to solve the plastic issue. As poor regions of the world continue to modernize, plastic output is expected to increase. In the ensuing decades, it is anticipated that production of plastic garbage would increase in some regions, like Asia and Africa, which are not currently big producers. Given that the United States is currently the world’s top producer of plastic garbage, encouraging the governments of these nations to seek sustainable techniques would need setting the appropriate example. Along with individual responsibility, the Break Free from Plastic Pollution Act is a good start in the right direction.

What Is Software for Backup and Recovery?

How to Make an Organizing Diagram in Word

What Are the Meetings Rules of Robert’s Rules of Order?

2023 will bring more hardship for the global economy following a bleak year.