Climate change, a major environmental problem, causes changes in weather patterns and increases global temperatures. To stabilize global temperatures, the Intergovernmental Panel on Climate Change (IPCC) advises keeping temperature increases to 1.5°C or less. This entails lowering greenhouse gas emissions and utilizing more climate-smart strategies. The planet will probably start to see unpredictable weather events if this doesn’t happen.
How Precipitation is Affected by Climate Change
Climate change has an impact on the hydrological cycle. A process that aids in the continuous movement of water between the planet and its atmosphere is the hydrological cycle, commonly referred to as the water cycle. Evaporation, transpiration, precipitation, condensation, and runoff all occur during the cycle. These alter the amount of water that is available.

Warm temperatures cause the water on Earth to evaporate, converting it to vapors that rise into the sky. In plants, the same process takes place, but it is referred to as transpiration. Plants lose water as vapor when the temperature is high.

The atmosphere, where temperatures are colder, is where vapor from the Earth’s surface rises. Condensation occurs at cooler temperatures, converting the water vapor to liquid water. Then, this returns to Earth as precipitation in a variety of forms, such as rain, snow, and hail. Runoff may happen depending on how much precipitation there is. Serious floods might result from excessive runoff from rain.

Temperature has a significant impact on the water cycle. The water cycle becomes more intense as a result of climate change’s increased temperature. Warmer weather brings more severe drought occurrences because dry areas lose water more quickly, while wet areas get too much rain. The probability of frequent, intense precipitation and flooding is currently rising.

Extreme precipitation events will occur more frequently as a result of strong precipitation, according to the U.S. Environmental Protection Agency (EPA). The National Aeronautics and Space Administration (NASA) also predicts a decrease in rainfall in dry regions and an increase in storm frequency in storm-affected regions.

The atmosphere can store 4% more water vapor for every 1°F rise in temperature, which increases the likelihood of heavier and more frequent precipitation.

How Communities Are Affected by Extreme Rain Events
Communities are severely affected by climate change. Three people died in 2019 as a result of rivers breaching more than 200 miles of levees in Iowa and Nebraska. Due to the potential of ice jams, rain, and melted snow, the governors of Wisconsin, Nebraska, and Iowa were compelled to declare states of emergency. The costs from these catastrophic weather events totaled nearly $6.9 billion, and they also damaged crops and infrastructure. 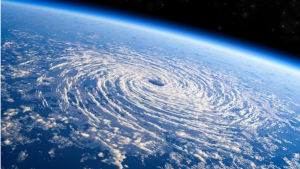 If nothing is done, these occurrences can increase in frequency. Extreme precipitation brought on by climate change has a greater impact on the Northeast and Midwest, according to data from the U.S. Global Change Research Program. Since 1901, precipitation has increased in certain areas by up to 42%. The typical annual rainfall should rise for those who live in these areas.

According to scientists, we will experience twice as many extreme precipitation events during the next ten years. Previously, this occurred at least twice every ten years, but researchers anticipate an additional two occurrences every ten years.

Disasters caused by climate change had an impact on around 57 million people in the Asia-Pacific area in 2021. Nepal’s third of the country experienced flooding and landslides. When hundreds of villages in Bangladesh were submerged, more than 500,000 people lost their homes to flooding.

Communities affected by drought in Sub-Saharan Africa shifted from one natural calamity to another. Two years of drought ended with the return of rain. Unfortunately, the excessive precipitation resulted in significant floods and the displacement of over 700,000 people.

Actions You Can Take to Aid
Although the breadth of the climate change problem may appear enormous, this does not preclude individual action. Collective action is essential, the fifth United Nations Environment Assembly says. A maximum temperature increase of 1.5°C is recommended by the IPCC. Climate-smart technologies should be used in industries and activities that produce more greenhouse gases, such as methane and carbon dioxide.
The usage of fossil fuels is discouraged on a larger scale. Renewable energy sources like wind and solar are now promoted to people. There is a global transition from fossil fuel-powered to electric-powered automobiles. Because of how their batteries are made, there is some debate regarding whether or not electric vehicles are environmentally friendly. The EPA claims that this is a myth, though. Even after accounting for the emissions from battery manufacture, electric automobiles still emit less overall than gasoline-powered cars. 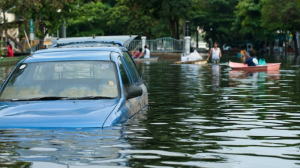 On a personal level, choosing common items free of plastic, including bamboo toothbrushes, bamboo swabs, and environmentally friendly reusable straws, aids in addressing the climate catastrophe. Refusing plastic products will decrease the need for them, forcing the business to search for viable eco-friendly products.

To cut greenhouse gas emissions, carpool, cycle, or take public transportation. Even environmentally friendly vehicles have an impact, therefore you should only use them when absolutely essential.

Increase the amount of trees around your home by planting native trees and shrubs, and adopt agroforestry. The agricultural practice of growing crops alongside trees is known as agroforestry. The trees mitigate the consequences of climate change while providing animals with shelter, fruits, and timber. 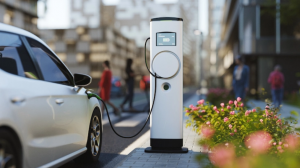 Vote for politicians with eco-friendly policies who hold businesses accountable for their green-practices promises and emissions to increase awareness of climate change challenges. Moreover, take part in reforestation-promoting tree-planting initiatives. To improve the sustainability of our forests, whenever possible, use goods that aren’t made from trees.

Climate change is linked to the extinction of dinosaurs, according to research

Why some supermassive black holes glow so brightly is explained here.