Superfoods: Do They Really Exist?

Foods with high concentrations of specific nutrients (antioxidants, vitamins, or minerals) and additional health advantages are referred to as “superfoods.” However, the majority of the scientific research is not conclusive in proving that certain foods actually have substantial health benefits. 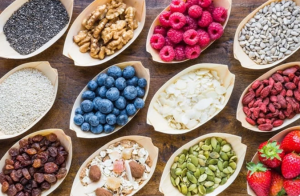 Superfoods: What are they?
Superfoods have no established definition in science. When it is stated that a food can prevent an illness or offer a number of simultaneous health benefits, it is referred to as a “superfood.”

The United Fruit Company used the word as a marketing ploy in the early 20th century, which is when superfoods first gained popularity. The corporation promoted bananas’ health advantages aggressively. They urged people to incorporate these fruits into their regular diets on the grounds that they were affordable, widely accessible, filling, simple to digest, and could be eaten both cooked and raw.

Smoking Does Not Hasten Aging More Than Sadness and Loneliness Do.

After that, when doctors began employing the fruit to treat major medical diseases like celiac disease and diabetes, the notion that a banana is a superfood gained greater traction. Bananas have received support from the American Medical Association as a daily food. 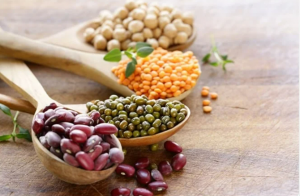 According to research, the designation of a food item as a superfood results in extraordinary sales. This begs the question of whether the food business is simply using the term “superfood” to drive sales as opposed to these foods actually offering the best nutritional value.

How can we include superfoods to our regular diets?
Always keep in mind that no one food can give all the vital nutrients needed for healthy life when choosing the optimum nutrients for your diet. Superfoods can mislead a person and draw attention away from other nutritious foods that are more nutritionally dense.

According to the US Dietary Guidelines (2015-2020), one should incorporate in their diet important elements from a variety of food groups while being mindful of calorie intake limitations for a balanced eating pattern. The risk of developing chronic diseases has been significantly lowered by following certain dietary patterns, such as the Mediterranean diet.

Even though the majority of superfoods are overhyped, some foods need to be recognized independently for their exceptional nutritional and physiological benefits. The list of foods that provide these advantages is as follows:

Berries are rich in nutrients that combat disease, dietary fiber, and antioxidants.

A good supply of proteins and heart-healthy omega-3 fatty acids is fish, which is also rich in both.

Green leafy vegetables are rich in calcium, bioactive phytochemicals, vitamin A, vitamin C, and dietary fiber.
The monounsaturated fatty acids in nuts, such as those found in hazelnuts, cashew nuts, pecans, almonds, and walnuts, are healthy for the heart.

Whole grains are an excellent source of minerals, vitamins, soluble and insoluble fibers, and bioactive phytochemicals.

Yogurt has a lot of calcium, protein, and beneficial microbes (probiotics).

Legumes are a good source of plant proteins, fiber, and folate. Examples include kidney beans, soybeans, and peas.
How aptly do you use the phrase “superfood”?

The advantages of superfoods for health have been examined in numerous studies. Bioactive peptides are recognized to have a wide range of qualities, including antihypertensive, anti-cholesterol, anti-inflammatory, anti-cancer, and antioxidant effects. They are present in various food crops, including maize, common beans, amaranth, quinoa, and chia seeds. As a result, these foods are referred to as superfoods and frequently used in food formulae. 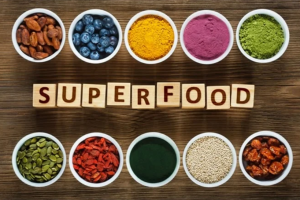 Contrarily, numerous studies have also shown that superfoods are frequently overhyped and that the scientific evidence supporting the notion that specific superfoods can prevent disease is largely erratic and unreliable.

Add These Water-Based Foundations to Your Summer Makeup Routine

Checking the nutrient composition of any item that is advertised as a superfood is another crucial factor to keep in mind when ingesting it. You should discuss your dietary requirements with the doctor if you have a specific disorder and are taking medication for it. For instance, it’s not advisable to consume too many green leafy vegetables if you’re taking medication to prevent blood clots. These veggies are high in vitamin K, which is crucial for blood clotting and may therefore counteract the effects of medication if ingested in large quantities.

When considered collectively, it may be argued that certain foods designated as superfoods are capable of delivering health advantages if ingested in the proper quantity along with other nourishing foods. Superfoods should not be the sole component of a good diet plan; rather, they should be utilized to supplement a diet that is both nutritious and balanced.