Smoking Does Not Hasten Aging More Than Sadness and Loneliness Do.

The distinction between the ideas of biological and psychological aging has been made by Deep Longevity. The new aging clock claims that susceptible mental health, as opposed to various medical illnesses and smoking, has a greater impact on the rate of aging.

Age-related frailty and major diseases are a result of molecular damage that builds up over time. Some people experience these molecular changes more strongly than others, which leads to a condition known as accelerated aging.
Fortunately, by employing digital aging models, it is feasible to identify the accelerated rate of aging before its fatal effects become apparent (aging clocks). These models can also be utilized to generate anti-aging treatments for populations and individuals.
The most recent paper in the journal Aging-US claims that any anti-aging treatment should concentrate equally on one’s mental and physical health. Scientists from the US and China worked together in an international partnership lead by Deep Longevity to quantify the impacts of loneliness, depression, and restless sleep on the rate of aging and found that they were significant.
The scientific publication includes a new aging clock that was trained and verified using the blood and biometric data of 11,914 Chinese adults. This is the first aging clock that has been trained solely on a large Chinese cohort.
People with a history of stroke, liver and lung disease, smokers, and most intriguingly, those in a precarious mental condition, all showed signs of accelerated aging. In fact, it has been shown that negative emotions, such as hopelessness and loneliness, accelerate biological aging more than smoking. Two other characteristics linked to a hastened aging process include being single and living in a rural region (due to the limited availability of medical services). 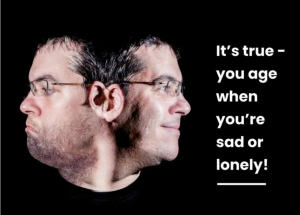 The paper’s authors draw the conclusion that it is important to consider the psychological effects of aging in both research and actual anti-aging applications. Mental and psychosocial states are among the most reliable determinants of health outcomes—and quality of life—yet they have been largely ignored in modern healthcare, according to Manuel Faria from Stanford University.

What Are Health Information Systems (HIS) & Why Are They Important?

The study offers a plan of action to “slow down or perhaps reverse psychological aging on a national scale,” according to Alex Zhavoronkov, CEO of Insilico Medicine.

An AI-guided mental health web service called FuturSelf.AI, which Deep Longevity introduced earlier this year, is based on an earlier article from the journal Aging-US. A comprehensive report on a user’s psychological age as well as their present and future mental health is provided by the service’s free psychological evaluation, which is processed by an artificial intelligence system. Deepankar Nayak, the company’s CEO, states: 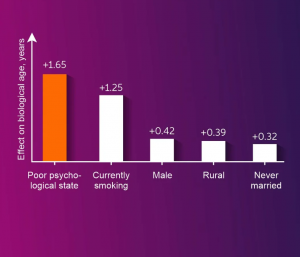 “FuturSelf.AI places Deep Longevity at the forefront of biogerontological research, in collaboration with the study of older Chinese adults.”

Indonesia orders punishment for the “perpetrators” of the stadium tragedy

Superfoods: Do They Really Exist?

What Takes Place to the Body During Dieting?