Why lovers of Kalki’s novel won’t be disappointed by Mani Ratnam’s “Ponniyin Selvan: 1”

The storyline by Mani Ratnam is tight, and most of the performances are excellent. Vikram in particular does a fantastic job of portraying Aditha Karikalan’s irrational love for Nandini.
Mani Ratnam’s PS: 1 begins with a hint of a disappointment for die-hard fans of Kalki’s Ponniyin Selvan.

Vanthiyathevan riding a horse and gazing into the Veeranam tank, which resembles a sea, is not the opening scene. Aditha Karikalan is seen fighting in the movie’s opening scene. But don’t be discouraged; the film, overall, largely adheres to the fictional history Kalki Krishnamurthy wrote and serialized in Kalki magazine in the 1950s.

The focus of the movie is on the two Chola princes, although the novel starts and finishes with Vanthiyathevan, who weaves through the narrative. After a break, it resumes with Arulmozhi Varman once more engaged in combat after starting with Adhitha Karikalan.

A Chola prince’s (Aditha Karikalan) vengeful and bloody romance with his young lover Nandini, from whom he was severed very early for the sake of the kingdom, is depicted in the movie, which has a certain grandeur to it in contrast to the book, which came across as two stories: one of a spy in love with a gorgeous and intelligent Chola princess (Kundavai), and the other of a spy in love with a spy.
The arrival of Poonguzhali, a young woman who frequently takes a boat from Kodiakarai to Sri Lanka and saves Arulmozhi Varman (who refers to her as “the daughter of the ocean”), is another disappointment. Sadly, Mani Ratnam’s story does not mention Kodiakarai or its spirits. The filmmaker has decided to introduce only the key protagonists because it is a movie. But Poonguzhali has a particular place in the hearts of bookworms.

My father said, “The casting is good; Vikram as Aditha Karikalan, Karthi as Vanthiyathevan, Trisha as Kundavai, and Aishwarya as Nandini.” on the morning of the film’s release. Even Jayaram played the roles of Pazhuvettaraiyars Alwarkadiyan, Sarathkumar, and Parthiban. Mani Ratnam has always delivered. You must recognize the suffering he must have endured to complete the film.

He was entirely correct. In the movie, Jayaram and Karthi’s friendship and recklessness come to life, much like in the book. Both Vanthiyathevan and Nandini’s first encounter and Kundavai and Nandini’s cunningly gorgeous clash play out exactly as they do in the book.
The king Sundara Cholar, however, is a figure from the novel whose interpretation on film falls short (Prakash Raj). He is referred to in the book as “the world’s most attractive man.” It would have been slain by Kamal Haasan. Additionally, he spent the most of the novel confined to his bed, ill, worried, lonely, and suffering from his transgressions, but the movie fails to capture his excruciating agony.

The dialogue jumps off the pages and onto the screen thanks to the screenplay’s tightness and connection to the primary plot. Did the movie leave something out? Fans of the book won’t soon forget the first encounters between Vanthiyathevan and Kundavai at Kudanthai Josiyar’s home or the scene where Vanthiyathevan “kills” a stuffed crocodile by the side of a river. Although Vanthiyathevan is shown as flirting in both the book and the movie, the book makes plain how devoted he is to Kundavai. Not so much with the movie.

But in what ways does the cinema surpass the novel? Possibly in depicting Aditha Karikalan’s irrational love for Nandhini, which Vikram played well, with the exception of a few close-up images near the end of the film. 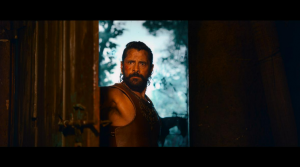 No one dared to adapt Kalki’s Ponniyin Selvan into a film, not even MGR or Kamal Haasan, as it is a treasured part of the collective memory of millions of Tamils in the post-independent age. Mani Ratnam need not worry, though, as PS:1 did not let down the book’s fans.

(This author, then 12 years old, spent the summer of 1983 reading Ponniyin Selvan’s five volumes nonstop in his aunt’s library.)

Will Samrat Prthviraj be able to shatter all current Box Office Records?

Luis Manzano and Jessy Mendiola provide a glimpse of the baby’s face.

Review of Inside Man: Buckle up for a crazy yet amazing thrill ride